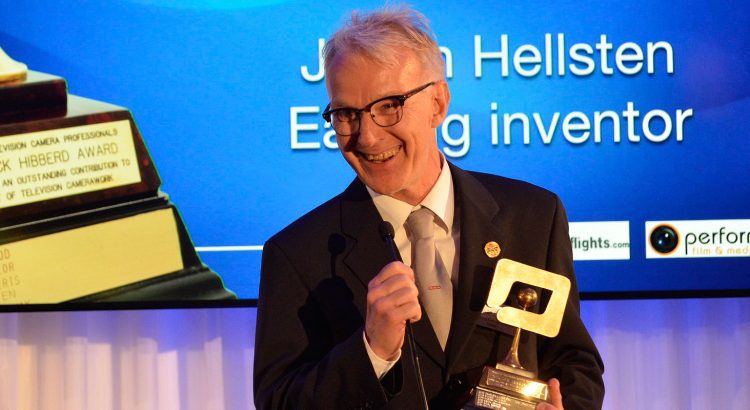 The Guild of Television Camera Professionals have awarded Easyrig inventor and boss Johan Hellsten with the coveted Dick Hibberd award for Johans outstanding contribution to the art of television camerawork.

Johans infectious passion and enthusiasm for his invention has over the last 25 years assisted countless camera operators around the globe capture amazing shots and sequences for both film and TV.

Easyrig is the original and undisputed king of “camera backsavers” as Johan himself describes his invention.  As a working cameraman Johan turned to inventing after starting to get back problems from the continued use of heavy camera rigs.

The Easyrig has developed over the years with more than 10,000 units owned around the world and being used on a daily basis.  Designed and handbuilt in Sweden from premium components the Easyrig system reduces the load on your neck and shoulders and evenly distributes it via the comfy and adjustable vest.

With heavy gimbals and larger camera setups Easyrig has become an absolute necessity on many productions and is distributed in the UK by ourselves at Production Gear.  Easyrig is offered for rent by all the large rental houses throughout the UK and is available for demonstration at our showroom.

On winning the award Johan said – “It’s always fun to get recognized that you’re doing something good. I am grateful for this prize, it’s going to fit nicely in my tower back home.”

For years Easyrig users have been wanting something that smooths out shots when walking. The Easyrig Stabil is incorporated into the Easyrig system to make the weight distribution as even and ergonomic as possible.

Stabil combines with the versatile Vario 5 rig to provide an all in one solution for camera stability and support, shop Easyrig Stabil now.